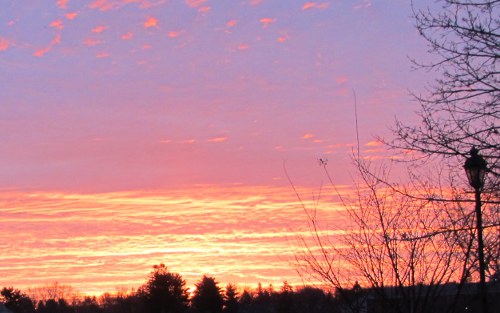 “It was a beautiful July day, one of those days which come only after a long spell of settled weather. From the very early morning the sky is clear. The sunrise does not blaze fiercely but spreads in a gentle flush. The sun is neither fiery nor incandescent, as in a time of sultry drought; it is not dark crimson as before a storm, but bright and gently radiant—rising peacefully from behind a long, narrow cloud, shining freshly, and once more sinking into its lilac mist.

‘The thin upper rim of the extended cloud sparkles sinuously; its brilliance is like the brilliance of beaten silver. But a moment later the dancing beams come shooting out again and the mighty luminary rises gaily and majestically, as though borne aloft on wings. About midday there usually appears a multitude of high, round clouds, golden-grey, with delicate white edges. Like islands, scattered over a boundless river in flood, flowing round them with deep, transparent arms of an even blueness, they scarcely seem to stir; farther off, towards the horizon, they come more closely together, they almost touch and merge, and one no longer sees any patches of blue between them, but they remain almost as azure as the sky; they are filled through and through with light and warmth. The colour of the horizon, light and of a pale lilac, does not change all day and is the same all round; there is no sign of a gathering, darkening storm, except that here and there bluish shafts can perhaps be seen coming down from above, but that is merely the scattering of an almost imperceptible shower. Towards evening these clouds vanish; the last of them, darkish and smudged like smoke, lie in pink puffs against the setting sun; over the place where it has set as calmly as it rose into the sky, a scarlet radiance lingers for a short time over the darkened earth and, flickering softly, like a candle that is carried with great care, the evening star twinkles faintly in the sky … ” 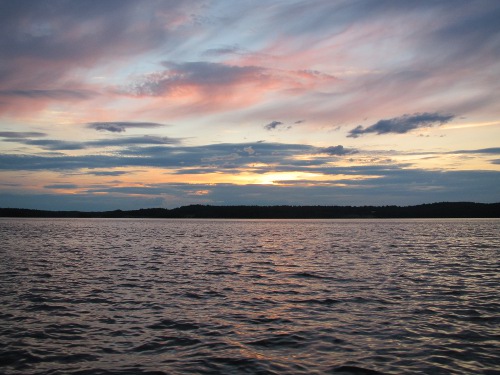