June 3oth( geesh) and we finally got out on the Great Bay.We had another couple aboard and it was their first time ever. First timers are always struck by the size of the estuary. Transiting Furber Strait we watched a very large plane landing at Pease. I knew it was an Antonov but it was only  when I got home that the exact type and airline was confirmed  with an image search. 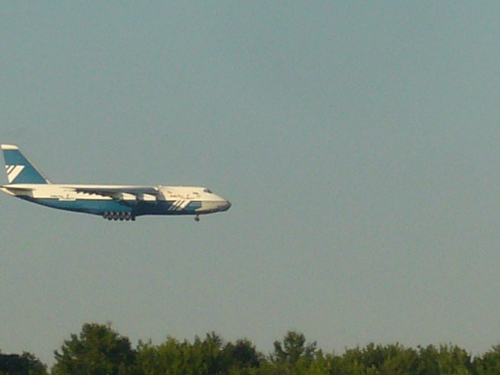 It is an Antonov 124 of Polet Airlines which is a Russian charter  freight company. The  124 was the worlds largest plane till it’s sister came along the AN225.