Since many won’t follow links, I pulled this one out for your listening pleasure!

Hope all is well in the land of ice and snow. We have a wonderful coffeehouse planned for this Friday featuring singer/songwriter Mara Flynn. I met Mara several years back when I took a fateful trip to join the Writers in the Round Retreat at the Isles of Shoals. That first year introduced me to songwriters I had never met before including Mara and Guy Capecelatro III among others. It was a great experience and I have been woken to new voices in the land of music and poetry. Mara has a lilting voice that is dream-like. She writes songs that are about changing the way a life can be lived, can be seen. She writes about possibility which is a balm for what we have grown to expect in the day-to-day news of the mundane. Mara will be performing in a trio with her collaborator and friend Guy Capecelatro III (bass, guitar) and another dear friend, Juliet Nelson (backing vocals, cello). You don’t want to miss this show. Here’s some more information on Mara’s music background:

Mara Flynn released two albums as Milksop Holly (1999 and 2000, on Shimmy Disc). In 2011, Burst & Bloom Records released her debut solo album, small as a heartbeat, a collection of emotional songs featuring lush vocal harmonies. Her follow-up, wide open, was released in the summer of 2013. She is co-director at Acting Out, a children’s theater studio in Newburyport, MA. She lives with her family in South Berwick, Maine.

“Mara Flynn welcomes a song into the world with a voice hovering somewhere between heaven and earth, rich with love and tenderness, yet tinged with pain—even sadness, and a womanly wisdom that only sorrow knows. Her writing is fresh and nuanced… I could listen to Mara sing her lines of hope… forever, and never tire of the beauty of her voice. Even in—especially in—the darkest midnight.–John Perrault

“Wide Open” is Flynn’s follow-up to her 2011 Burst & Bloom debut “Small as a Heartbeat”… the result is a soulful 11-song album that blends elements of roots-rock, country, jazz, and blues. Flynn’s voice is dreamy and meditative… There’s no skipping over tracks on “Wide Open”. It’s an invitation to slow down and let the album fully wrap itself around you like a blanket” — The Wire, NH

To listen to samples of Mara’s music, here are a few sites you can visit: 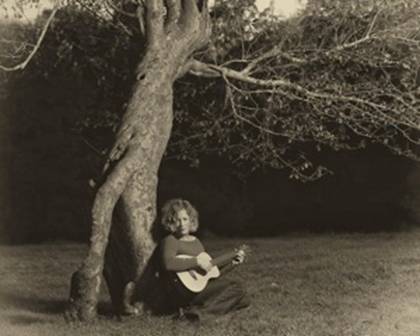 The First Unitarian-Universalist Society of Exeter

Tell a friend and see you on Friday, March 7th