I was under the impression the white knight was looking for  a great deal more from the Theater Company.

If Patch was still operating as a local news service they might conduct a poll on what you want to see at this address.

The IOKA penthouse condo would have wonderful views of the restored  Exeter River Falls.

Have you ever visited this theater? Doozie and I have been there many times over the years.

It’s cozy, like someone’s living room, and the film selection is always good.

They recently completed a kick starter campaign to raise money for digital projection equipment. If a theater still has a film projector, they will be going out of business.

The Screening Room exceeded their goal, and I believe a great deal of the monies flowed from outside the Community proper.

Here is the link to the completed campaign   with some interior shots of the theater. Oh, and of course the theater is in Downtown Newburyport surrounded by restaurants and shops. Be sure to read the comments of theatergoers that hail from all over.

This storm is sliding North of us and the worst is over. Portsmouth too is escaping the brunt of it. We had two significant lightning cracks here on Locust Ave right over head. One sparked the crown of  a  tree across the street briefly but  the rain took care of that.

Bailey is hoarse from answering the thunder.

I am posting this photo today as a reminder that the effort continues to secure this anchor for Downtown.

Why not try another  round of public fundraising?

Did you all hear about film? Movie theaters and drive-ins ( nope just us, no one in the trunk) will be out of business very soon, end of this year, unless they buy digital projectors. The Screening Room in Newburyport has a campaign underway to replace the reel projector. Films now will be circulated to theaters  in a hard drive format. Oh you could still show the Stooges, but first run films would be out.A theater the size of the IOKA might require a digital projection system costing upwards of 75K.

The leasing plans for equipment  currently available might not work out for a small venue.

It would be a very good thing for Downtown to have the theater back.

9:50pm Update  I neglected to pull down the radar image earlier, good luck to all  tonight!

We came home from CT last Sunday and after retrieving Bailey from Bittersweet Kennel, we headed over to Hampton.

The cupboard was bare and we had a coupon for the Community Oven, it was very nice, we will return . I understand that this “anchor” has saved that plaza. The Blue Lobster Brewing Company is right next door too. I sampled this brew over the holidays  and it’s very good. The brewery has a tasting room, better check the schedule for times.

There is also a consignment shop with a nice selection of funky attire. It’s the “3 Sisters Consignment Boutique ” and the owner is the Mother of a popular local disc jockey.

The plaza is basically a great date.

“How do these green cowboy boots look on me?”

I noticed they sponsor a fundraiser night at Community Oven  for local organizations and communicated that to my IOKA contact, Diane Wieler. If you  have an idea on how we can continue to raise money, pass it along.

That Buster Keaton night was great!

Here’s the deal, we need to be thinking about this theater, attending any fundraising event they come up with and contributing if you have not already. Most people that participated  in the initial appeal went in for 100.00. I am assuming at least from here that group can be counted on again. That 100.00  had strings attached, those strings are cut now, to make those funds earnest.

The Community really needs to be thinking about the IOKA, talking about it.

This fundraising team as you can imagine is contacting those philanthropists amongst with great means and hearts. I would imagine those decisions would be easier, if those generous people could feel the buzz, the anticipation.

It’s so great to see the marquee lighted up.

“We WILL do this”

Doozie and I joined a guest  and a packed house at Town Hall last night to experience some movie magic.

An evident cross section of the Community attended to  support the effort to get the IOKA back on it’s feet.

There is no time to waste, if you have not participated yet,it is  time to send that check, there is no other way to say it.

Jeff Rapsis put on a tremendous performance on his synthesizer, providing the musical accompaniment. Here is link to Jeff’s page, I hope we have him back for another performance at the IOKA . Silent film Blogspot

He was dripping at the intermission, he plays with such fervor!

Doozie could not stop laughing during the second feature “The Cameraman”, it was the monkey.

We were still talking about that monkey this morning,  if you have a few moments you might enjoy this silent movie we located linked below, it has a cast of trained simians.

Make sure you make it to the next IOKA event. The staff they have assembled to move this forward is really top notch and experienced. Trevor Bartlett acting as host  had the crowd charged up with enthusiasm and promise. Any doubts I may have harbored prior to last night were dispelled.

We can do this. 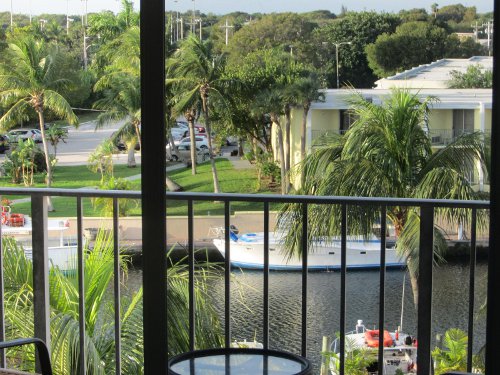 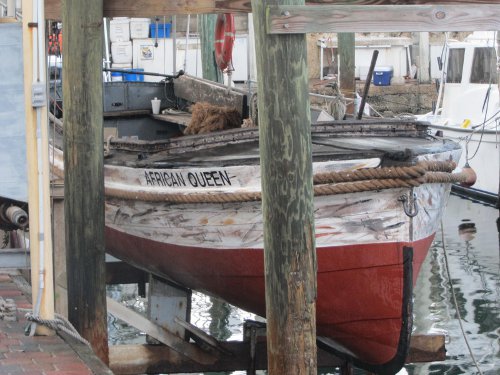 The poor old gal looked like a theater with no seats and a dark screen. She is water tight though,is getting  lot’s of attention and should be her old self soon.

Charlie: We can’t do that!
Rose: How do you know? You never tried it.
Charlie: Well, yeah, but I never tried shooting myself in the head neither.

They did make it down the rapids. 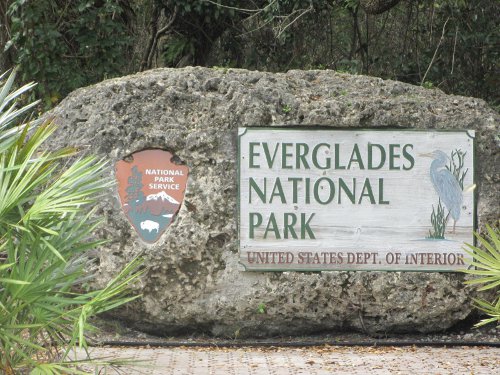 Some time before  the airport dash. 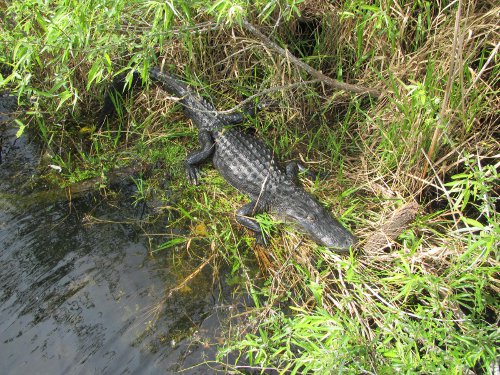 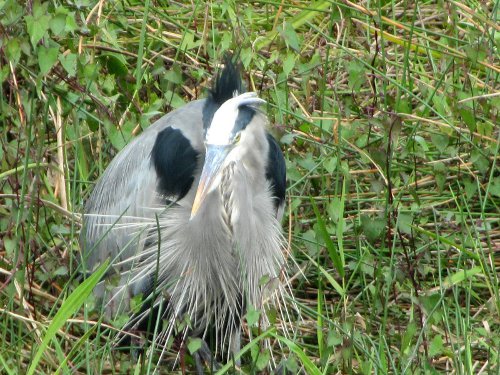 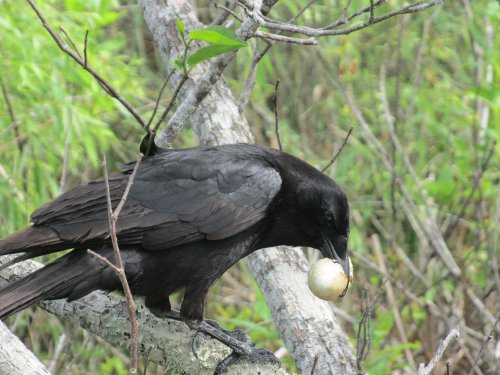 Let’s not go down to the wire on this initial membership drive. The Theater Group  needs 1000 members by the end of March. This number is critical to the agreement  forged with  the White Knight.If we do not respond as a Community then there is a potential walk away looming.

The prospect of someone else being so generous in the future is slim .

The time is now. Let’s seize this opportunity and reap the Community benefits which are legion.

Please use the Theater  Company web site or an envelope and send your donation this week. Fifty bucks gets you  in the door.

There will be more heavy lifting after this initial membership drive. I have every confidence that  we will soon be back  munching popcorn, and enjoying a great show, right Downtown.

Doozie hopes there will be hot tamales in the  refreshment case.

Miracle on 34th street was the last film to be screened at the IOKA prior to  going dark.  Thought you might need an explanation.

It’s time, right now, to insure that this treasure continues on for generations. You should want to be a part of that.

Please commit  to this effort  now.

Let’s get this done as a Community. 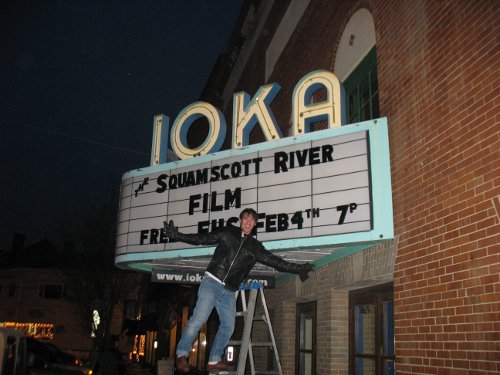 Kyle and I never got  the opportunity  to screen  the River film at the IOKA due to the need for sprinklers and subsequent closing.

You could  make a movie though, or your son or daughter could and  for sure find yourself at  the IOKA premiere in the near future.

“Carol have you ordered the red carpet?”

In an effort  to hone our Community expectations of the IOKA moving forward, the Exeter Theater Company has scheduled  two visioning sessions for Community  involvement.

EXETER, NH: The public is encouraged to attend one of two upcoming forums at the Exeter Town Hall to contribute ideas towards new programs for the future renovated Ioka Theater. The first session will be on Wednesday January 18th from 6-8pm, hosted by the Exeter Heritage Commission, and facilitated by Van McLeod, Commissioner, New Hampshire Department of Cultural Resources. The second, hosted by the Exeter Economic Development Commission will be on Saturday January 21st from 9-11am, facilitated by Community Development Specialist Ea Ksander. “For many years I have watched the trials and tribulations of the Ioka Theater. Now at last I feel there is a real opportunity to create a true community based theater that will present and produce the performing arts and film in a first class facility for the region,” remarked Van McLeod.

The Exeter Theater Company seeks creative community input and ideas on the potential range of programs for children, youth and adults that could include live music, theater, dance, concerts, comedy, independent and local films, and local programming. The theater used to hold over 400 seats and has a large lower-floor space that can be utilized as part of the new operations.

The non-profit Exeter Theater Company was established to preserve and operate the historic 1915 Art Deco Ioka Theater as a vital center for arts and culture. The vision – the historic Ioka Theater is the star of Exeter, a financially sustainable cultural institution presenting a wide range of theater and arts programs that creates excitement, pride and support within our community. A new membership program was launched in mid-December to help revive the historic theater with the goal of having 1,000 members by March 31, 2012. ‘Premiere’ members will be recognized with their names on a special wall in the theater lobby, on new theater seats, and special plaques. When the theater reopens to the public, members will be part of a grand gala opening event. To support this historic endeavor, become a volunteer, receive the e-news and join as a member sign up at www.exetertheater.org or contact info@exetertheater.org. Contributions and memberships can also be sent to Exeter Theater Company, PO Box 275, Exeter, NH 03833.

If you read the article in today’s Newsletter you might not have  all the flavah of the presentation.  Jason Schrieber who now writes for the Union Leader was there.

I  guess my passing on attending  was a good thing.

Today in the Newsletter we are  treated to   lots of  post  debacle letters. I knew this would happen and  it was prompted  by the Editorial this week. Again, it’s over.